PDF version: Primer on the Biology of the Cerebral Cortex

Though the majority of cortical cells are excitatory pyramidal neurons, there are also many inhibitory interneurons which are crucial to cortical function. There are many morphologically distinct classes of inhibitory interneurons. Pyramidal cells also exhibit structural diversity, though their morphological differences are less often discussed in an explicit fashion. 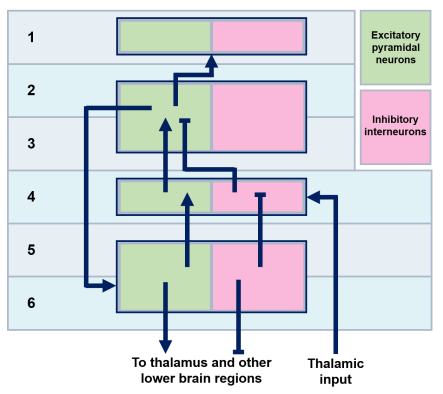